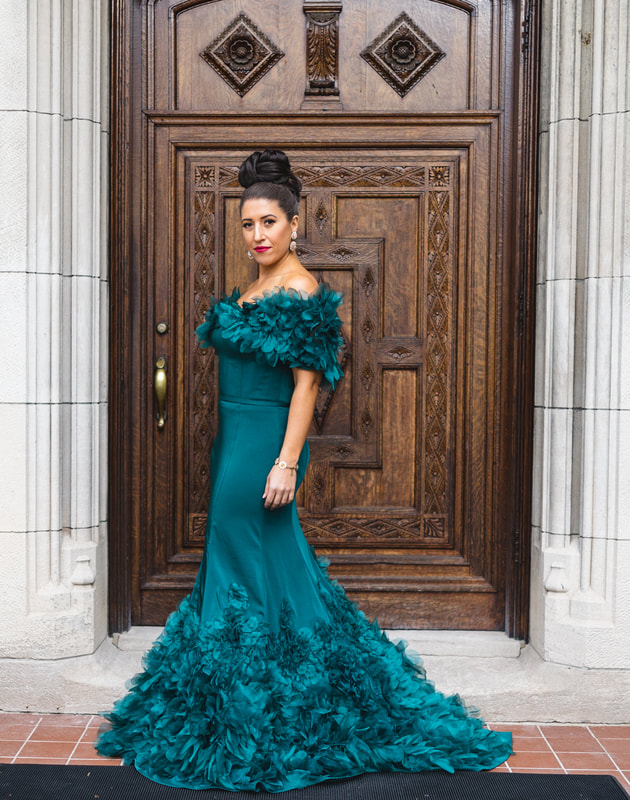 Heather Taylor @HT Photography
Gracing the cover of Windsor Life Magazine and Neighbours of Riverside, Canadian soprano, Amelia Daigle has performed on stages across North America and Europe. Miss Daigle has been praised for her rich, lyrical voice and expressiveness both as an actress and as a musician.

In 2015 Amelia placed first among Canada’s most talented singers at the National Music Festival in Edmonton, Alberta where Miss Daigle was invited to perform at the Francis Winspear Centre for the closing ceremonies of the competition. Amelia also had the wonderful opportunity of traveling to Alcamo, Sicily to participate in the semi-finals of the Concorso per Cantati Lirici Internazionale di Alcamo followed by a series of concerts in Montreal with Jeunes Ambassadeurs Lyriques du Canada. In 2018 Ms. Daigle went on tour across Canada with Malfi Productions for the Canadian Premier of the opera, James Bond: A Convenient Lie.

In Summer of 2017 Ms. Daigle wrote and performed her own one woman show, Carmen's Dream combining the art of flamenco dance, storytelling and opera to great acclaim at the Windsor Fringe Festival.  In the summer of 2018, Ms. Daigle was chosen to perform in several concerts in Bussetto, Italy under the baton of world renowned conductor, Richard Bonynge, and Metropolitan star, Aprile Millo. The following year Amelia had the pleasure of performing in Massingy-les-Vitteaux, France where she had the opportunity to present scenes from La Traviata (Violetta), La Boheme (Mimi), and Guiditta (Guiditta).

Upcoming performances include touring with her duet partner, Daniel Turner (guitar) in Europe (summer 2023), and performing as the soprano soloist in The Brahms Requiem with The Windsor Symphony Orchestra in March 2024.